Home » Founders » Beginning of the congregation 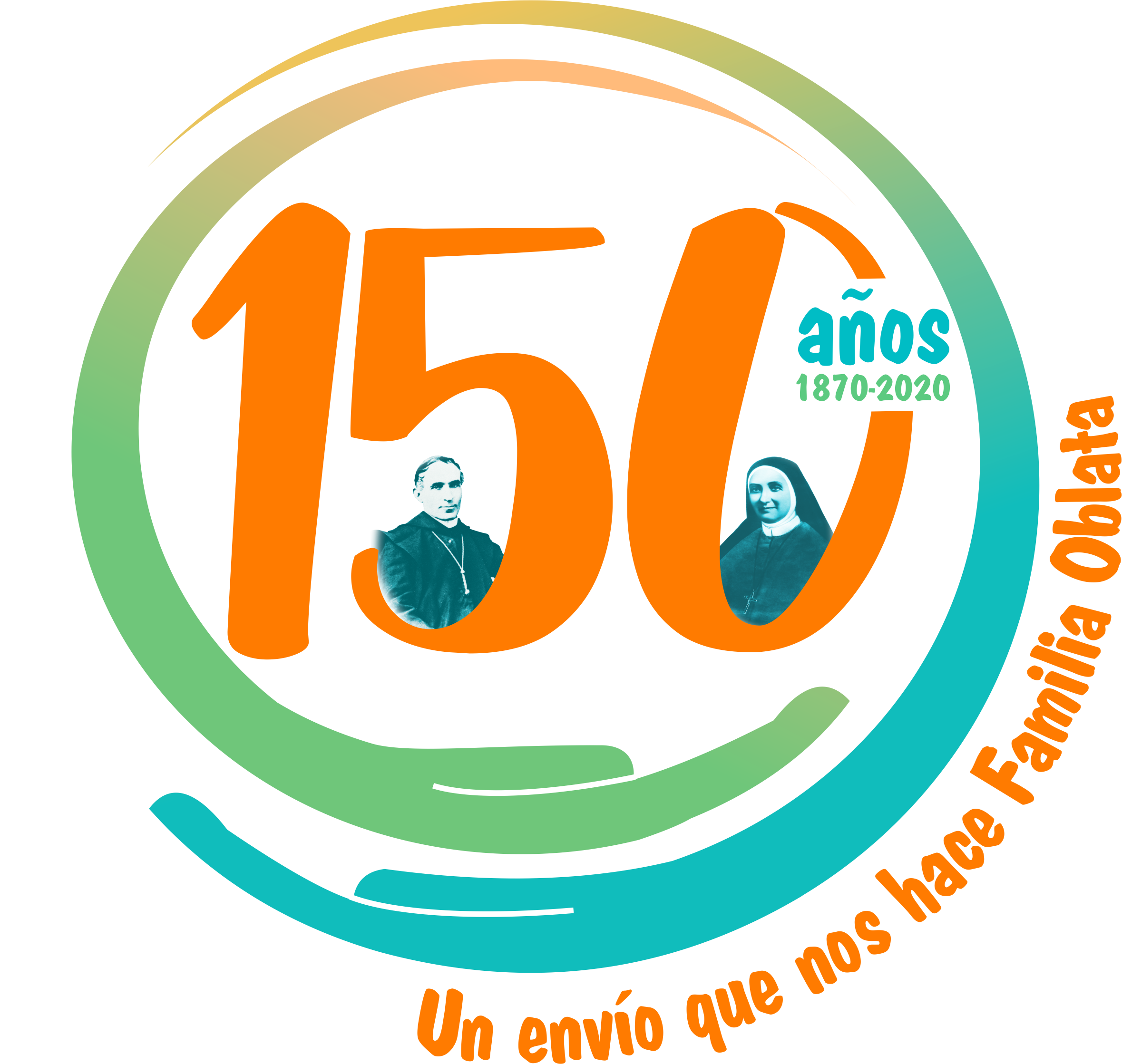 On February 2, 2020, we celebrated 150 years of the beginning of our Congregation. For us this moment fills us with joy at the richness of our being sent forth that gave birth to our Oblate Family. We would like to share some excerpts from the chronicle and the Historical Library which narrate how Antonia de Oviedo took the step, after six years of being the directress of the social work (then called Asylum of Our Lady of Consolation), to found the Congregation of the Oblate Sisters of the Most Holy Redeemer

On the Foundation of the Congregation

In the beginning, 1864 -1869, Msgr. J. M. Benito Serra y Ms. Antonia María de Oviedo have no intention of founding a congregation. Its aim is to open a residential shelter for women who left San Juan de Dios Hospital and for various reasons, could not be admitted in the institutions at that time.

The experience with the congregations that have collaborated in the asylum has led them to discover the need for a new congregation totally dedicated to this work. This is the time when constitutions are drafted and the aim is defined:

“The Institute of the Oblates of the Most Holy Redeemer has been founded so that the religious who form it, would carry out the work by welcoming and instructing [the young women], opening a free shelter where they are received with no restriction”.

Here begins the second phase of the Asylum of Our Lady of Consolation, which has now become  a religious community. On February 2, 1870, full of heavenly joy, Doña Antonia María de Oviedo, with the name of Antonia María de la Misericordia, wore the poor and simple ash color, religious habit with only one companion, who then also abandoned her,  […]

The poor and hard-working life of the Oblates had little incentive. The work was difficult, the poverty great, the times rough; but there was no lack of great and generous souls full of zeal for the glory of God and eager to embrace the cross themselves and as our Lord wanted to carry forward the work begun, she deemed worthy to call Doña Gertrudis Conde, from the city of Valladolid, who entered the community on June 1, 1870. 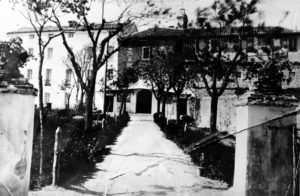 The whole time the Lord Bishop was in Rome, the Reverend Mother continued to manage the Asylum without moving for anything other than to go to Madrid once for an urgent need.

She went through a lot of anguish for the lack of news of the Lord Bishop and feared for his life because of the political upheavals in Rome, but at last she had the consolation of seeing him arrive at the end of the same year.

On the day the Church celebrates the feast of the Immaculate Conception of Mary Most Holy, the postulant Gertrudis Conde clothed the holy habit with the name Gertrudis of the Sacred Heart of Jesus.

The Reverend Mother remained in the Asylum until the end of June, when by medical prescription she had to go to take sea baths in Luanco, spending some days in Mieres del Camino with the Marquise de Campo Sagrado, one of the daughters of Queen Maria Cristina, who the Reverend Mother had educated. She stopped on this trip longer than she thought, because she had been asked for a foundation in Oviedo that at least could not be carried out because they did not provide the indispensable means to support an asylum […]

The Reverend Mother returned to Ciempozuelos before the end of September and a few days after her arrival, she received a letter from Her Majesty Queen Elizabeth II from Paris asking her to take care of the education of her daughters, no doubt the August Lady was not to know that she had already taken the habit.

The Mother replied with great attention to Her Majesty and told her of the commitment she had made to Our Lord, so that it was completely impossible for her to accede to her wishes.

The Queen was greatly distressed, and since the Reverend Mother could not accept the position she had proposed to her, she begged her to find one who met her conditions and to accompany her to Paris. The Reverend Mother immediately made the arrangements and when she had found the governess, she accompanied her taking this trip in November.  She spent a few days with  Her Majesty and her royal family to inform the referred Governess in the duties of her office.

The image of the work

Antonia María de la Misericordia describes in a letter sent to José María Benito Serra, who was in Rome at that time of the First Vatican Council, a photograph in which she is seen with Pepita, both with the habit. For her, this image shows what the work of the Congregation is.

“We are very happy, Lord Bishop! Our dear Father, so happy! I come to give them to you, if not in person, at least in portrait. I hope you will like it, I like it very much, I find so much peace, so much serenity in my countenance, that I like it more than any other portrait of mine. But this is not really mine, it is that of the Work, it gives the holy idea of the Foundation. A repentant girl who contemplates in the image of Jesus Crucified… the loving redemption”.

The call that makes us an Oblate Family

One hundred and fifty years have passed since that momento when the Social Work became an Institute of Consecrated Life and today, as Lourdes Perramon, Superior General, pointed out in her letter to the Congregation: “We know that this incipient Oblate family has expanded all over the world, welcoming always the ever-fresh call of God who, through so many Sisters, has taken on a concrete face in countries and cultures.

This invitation has been “felt by many other people as their own, those who have been touched by the reality of women in the context of prostitution bringing forth fraternity tables together, welcoming and healing homes, opportunities for learning and empowerment and, ultimately, spaces for life and shared redemption.”

Celebrating the 150 years of the beginning of the Congregation, in the context of the post-chapter phase, “brings content, hope and density to what the horizon of the Congregation formulates: it is vital to be, feel and act as one CONGREGATIONAL BODY, in our being sent forth that makes us Oblate Family”.

“Each anniversary has many encounters and sharing. We celebrate it in a prayerful atmosphere, thanking God´s fidelity and fecundity, manifested since the first steps of Mother Antonia and Father Serra, to the roads and intersections we are invited to walk in the present sexennium. Let us live in communion on this day, each one, according to concrete reality, as a community of Sisters and with the Oblate family, deeply connected from the charism we share and brings us together”.

On February 2, 2020, we celebrated 150 years of the beginning of our Congregation. For us this moment fills us with joy at the richness of our being sent forth that gave birth to our Oblate Family. We would like to share some excerpts from the chronicle and the Historical Library which narrate how Antonia de Oviedo took the step, after six years of being the directress of the social work (then called Asylum of Our Lady of Consolation), to found the Congregation of the Oblate Sisters of the Most Holy Redeemer
Featured 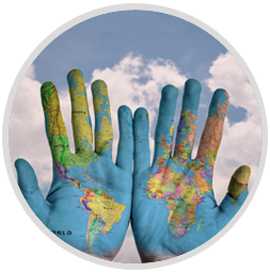 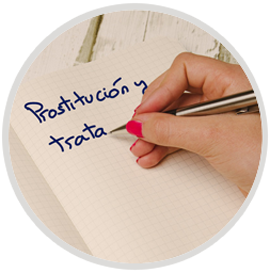 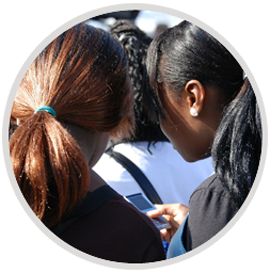 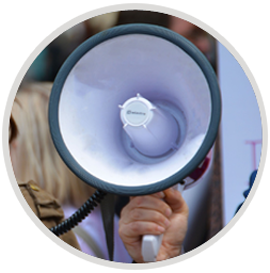